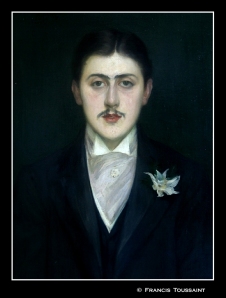 I’m supposed to be  reading Proust, but I’m not. I’m  playing hooky.  Instead of slogging through Proust I’m giggling my way through the cult classic by Douglas Coupland The X-Generation.

During yet another of my tidy-outs in preparation for the annual Cavendish Centre Charity Book Sale, I found the battered little paperback, its screaming pink cover only a little faded, and I thought : must read this again before I turf it into the Donations Box.  And believe me, the escapades of the Silicon Valley ‘90s generation make a welcome escape hatch from Proust’s rural village life, in Combray, France.

I can hear you thinking:”Why on earth is this woman reading Proust?”

Good question. The blame falls squarely on the Norwegian novelist, Karl Ove Knausgaard, he of recent fame – see my blog post titled Making Soup & Contemplating Life. Having finished Vol I of his family saga and reading lit crits of his novel/memoir, whatever it is, I kept finding comparisons between KOK and Proust. My curiosity was piqued.  I’d never read Proust. Which was hardly surprising, given the fact that the 1950s Rhodesian education system did not venture into the dangerous waters of European culture. The closest we came was a route march through a Shakespeare play and Keats’ poetry. I suppose I might have encountered Proust had I studied Literature at University, but my life took a different direction, namely towards earning a living, and not the quiet groves of academia.

So at this late stage of my life, I’m dipping my toes into European cultural waters and I’m not sure I’m a happy bather. Proust is so long-winded! Verbose would be an understatement. One sentence can colonise an entire page. At this stage of my life, I’m definitely a citizen of the blogosphere, a traveller thru the World Wide Web, where short sound-bytes do the trick. Even Wikipaedia has short entries.

So picking up Generation X  and taking a breather was pure relief. And a great deal more entertaining, I should add. If you haven’t read it, do yourself a favour and do so – it’s fresh, even though it was first published in 1991. Apparently Coupland was tasked to write a non-fiction account of the birth cohort that followed the wave of baby-boomers, but he wrote a novel instead, and voila! Generation X: Tales for an Accelerated Culture hit the shelves. The book follows the lives of three disillusioned and alienated twenty-somethings, living in LA. It sounds grim, but it isn’t.  Slowly it became a cult novel, and one of his catchphrases McJob *  became part of late 20th century language;  *(indicative of a boring, regimented, lowly-paid occupation – do I need to spell out the analogy between this and the famous American food chain? No? Good! I don’t want to be sued by an American mega-food-corp).

As for finishing Vol 1 of Proust’s In Search of  ….   well … umm … maybe. Fortunately a kindly librarian gave me an extended two month loan period on the book. I’m going to need it. And possibly an extension on that. On the other hand, I could also say ‘fuggedaboutit’ and return it to the Library. Time will tell.

And yes, I can see why others have compared KOK to Proust – they both share a passion for trivial detail, but at least Knausgaard looks like a rock star. Weary readers can always rest their eyes on his pic inside the book jacket for light relief! 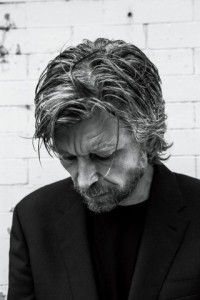 2 responses to “THE X-GENERATION v.s. PROUST”

Documenting my thoughts while reading fiction, and attempting to reach that elusive 100 book-read-mark in 2021

Smile! You’re at the best WordPress.com site ever

Life after fifty; one cocktail at a time

The Power of Story