WHY I AVOID EATING SNOEK

Nina & I enjoyed a lovely sunny day out at a country market. The Bo Berg Market, Piketberg, to be precise.  The sun shone, the Spring flowers bloomed brightly, the breeze whispered, people milled around the small tables displaying fruit, veg, home bakes, jam, pickles, pot plants. I bought an unusual mini-rosette Malta  geranium to add to the collection on my patio, and an adventurous bunch of Rutabaga. Living dangerously, on top of the mountain. Which we were. 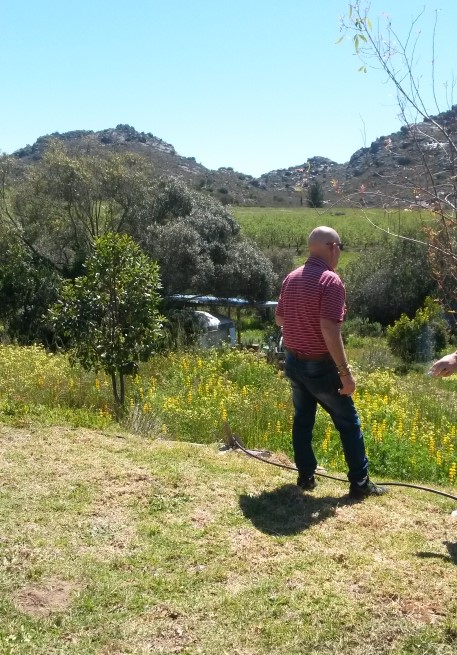 But the real danger was yet to come. Entirely carried away by the plaas/farm, country  vibe and general festivity, I agreed to Nina’s suggestion to sample the local braaied/barbecued snoek.  Quite forgetting that I don’t like snoek. Why? Take a look at the photo below. More bones than you would ever imagine possible in one small serving of braaied fish.

Snoek is a Cape ‘thing’. I tried it for the first time at Port Nolloth, whilst on a bus tour of the famous Spring flowers,  during the mid 1980s,  and was totally disconcerted at the vast number of bones that had to be negotiated before I even got near a morsel of fish. Since then I have avoided snoek.

To compound matters, snoek is braaied with a glaze of apricot jam – don’t ask me why, it just is. Like I said: braaied snoek is a Cape ‘thing’. The two  toothless Tannies, who were supervising their husbands braaing  the  snoek, warmly invited us to join them in an upcoming market, a Snoek en Patat Fees /Snoek and Potato Festival, held annually every  June, nearby. They guaranteed they’d be there, braaing more snoek!

We smiled, and said, “Ja Tannie, sekerlik/ Yes, Aunty, of course,” and wandered off with our lunch.

On this occasion I managed to eat about .05 grams of fish, and emerged hungry, covered in apricot jam, and reeking  of braaied snoek. Plus I had a raging thirst due to the salted fish, and my water bottle was long since emptied. Gah!  That’s it: never again!

Notwithstanding this lunch disaster,  the sun shone, and the local band played on with diligence and volume. A typical Boland band, music for all occasions: a rousing mixture of Boeremusiek/traditional Afrikaans music, with rock songs.  Something for everyone. 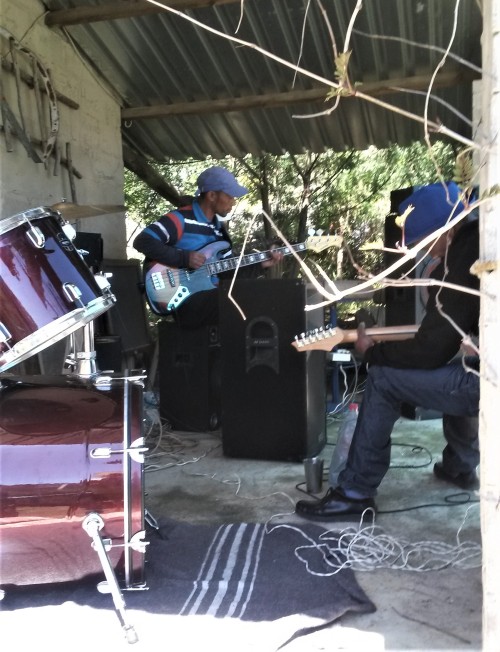 Country markets: you can’t beat ’em. P.S. I’m relieved to report that we never made it to the Snoek en Patat Fees. Not a chance. Now or ever.

9 responses to “WHY I AVOID EATING SNOEK”

Travel for Scenary
Another Day with Julie